February’s AOTMP Conference was a memorable one, as MDSL picked up two ‘Excellence’ Awards.

MDSL won a customer's  Award, which recognized those vendors who go ‘above and beyond’ – in this case to ensure the smooth separation of their mobility services while replacing a competitor’s system. Ben Mendoza, MDSL’s CEO commented: “The last few years has seen the TEM industry’s reputation take a bit of a bashing. The common feedback has been that some TEM firms have made rash promises to new customers, offering great results at low prices and then, unsurprisingly of course, have failed to deliver, leaving their customers feeling misled, let down and often out of pocket. So what better way to show the value of TEM and demonstrate not all TEM providers are the same than by having one of our more recent customers publicly recognizing the success of MDSL’s TEM by presenting us with a fabulous award at the recent AOTMP event for our TEM implementation - which they considered to be the most successful in their Phoenix project.”

Mendoza was also honoured individually with the 2016 Telecom Management Industry Champion award.  This is presented to “a vendor individual that illustrates customer experience excellence for their enterprise customers”. Ben accepted it on behalf of everyone at MDSL who “work tirelessly to deliver great results for customers.”

Earlier in the conference, Mendoza had delivered a well-received keynote speech to highlight the huge productivity gains of eBonding for both telecom customers and vendors, and invited partners from Verizon and David Helms from Wells Fargo to relate their experiences. All commented on how MDSL are delivering innovative solutions with significant benefits and are great partners to work with. 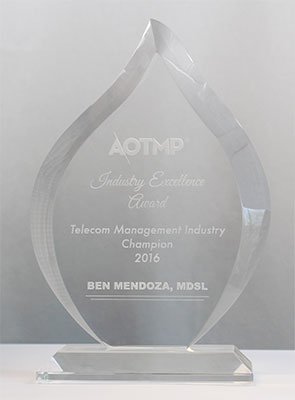 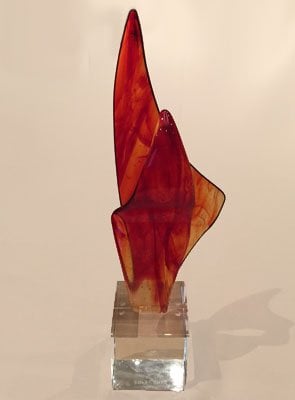 The Long Term Value of TEM

Virtues of purchasing an MDSL solution through a Channel Partner.